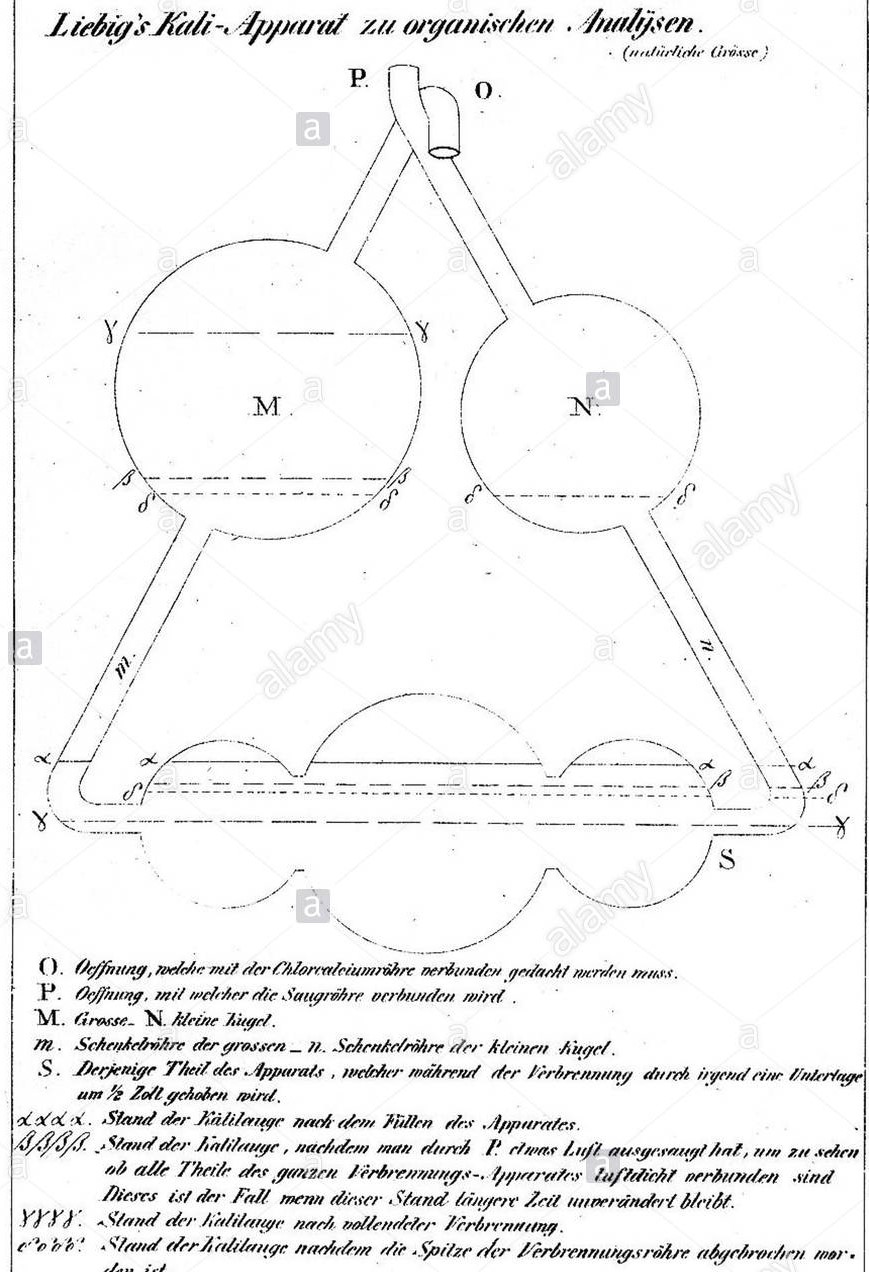 The Kaliapparat or potash bulb, invented in 1831 by German chemist Justus von Liebig (1803 - 1873), is one of the most important chemistry vessels and analytical tools in history. The interconnected glass spheres were used for the analysis of carbon of organic compounds. The importance of the kaliapparat led to its use as a symbol of innovation for the American Chemical Society.

Founded in 1876 and chartered by the United States Congress, and currently with more than 154,000 members, the nonprofit American Chemical Society (ACS) is the world's largest scientific society. Our mission is to advance the broader chemistry enterprise and its practitioners for the benefit of Earth and its people. Our vision is to improve people's lives through the transforming power of chemistry.

The ACS is one of the world's leading sources of authoritative scientific information. It is at the forefront of the evolving worldwide chemical enterprise and the premier professional home for chemists, chemical engineers, and related professions around the globe.

On December 8, 1919, the Midland Section of the American Chemical Society was founded in Midland, Michigan. The Section now serves Midland, Bay, Saginaw, Gratiot, and Isabella Counties.

According to the National Charter (H.R. 7709, effective January 1, 1938) which incorporated the American Chemical Society, "The objects of the Midland Section include the following:

To this end, the Midland Section has numerous programs not only for ACS members, but also for students, educators, and the wider community.

To better understand the influence of chemistry on Midland, researchers investigate the historical context of when the section was founded. The chemical industry in Midland was beginning to develop in 1919 amidst a backdrop of great local and national change. The citizens of Midland in 1919 were recovering from World War I and the flu pandemic of 1918, prohibition was a year away, and states were beginning to vote on women's suffrage. The population of Midland was around 5,400. Although in 1919 Midland was still a small, budding community, it soon would grow to be one of the largest and most important chemical production centers in the world. 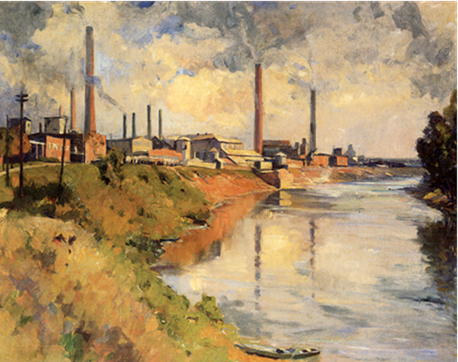 This is a painting of the Dow Chemical Company Plant in Midland, Michigan completed in 1919 by European artist Arthur Knighton-Hammond. This and other works are housed with the Herbert H. & Grace A. Dow Foundation. 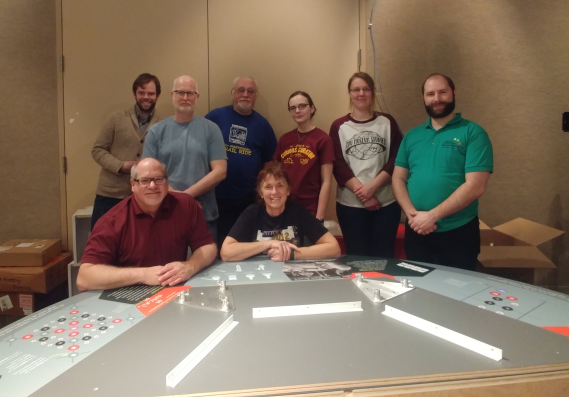 In 2017, visionary members of the Midland Section began to conceptualize what their centennial observance would look like. They secured the right to host the 2019 ACS Central Regional Meeting (CERM) and began to build partnerships with groups that could support an exhibition that would both commemorate and interpret the contributions of Midland Section members. That effort ultimately built connections with multiple specialists in museum exhibition and educational programming, including the Midland Center for the Arts, the Herbert D. Doan Midland County History Center, the Museum Studies Program at Central Michigan University, and the Good Design Group.

The result of the hard work of these groups is an exhibit that opened at the Doan Midland County History Center on May 11, 2019 and remained open through December 2019. Associated educational programming was also available.

The exhibit is now closed and plans are underway to move it to other venues. The next installation of this exhibit will be at the Central Michigan University Museum. If you are interested in hosting "A Century of Science and Service," please contact ACS exhibit committee head Gina Malczewski at reginamalczewski@gmail.com.